Global Warming and its Solution 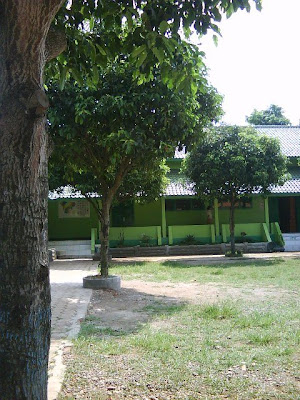 Global warming may or may not be a problem. Man may or may not be driving it. Given the uncertainties, a significant amount of global regret may apply if we divert too much of our global wealth to solving what may be a non-existent or trivial problem, especially if that diversion mires billions in poverty. On the other hand, we may also regret not doing anything if man-made global warming does turn out to be a problem. It is therefore prudent to examine what steps we can take that would prove beneficial whether or not anthropogenic global warming turns out to be a problem. These steps can be termed “no regrets” policies.

1.) Eliminate all subsidies to fuel use.
Subsidies to energy R&D cost taxpayers millions of dollars while producing minimal benefits. While these programs may be relatively small given the size of domestic energy markets, they serve little, if any, useful purpose while subsidizing large corporations at taxpayer expense. The potential threat of global warming, whether it is real or not, is simply one more reason to eliminate these subsidy programs. An international agreement aimed at ending energy subsidy with binding targets would be a significant victory for emissions reduction. Unlike Kyoto, which forces an energy starvation diet on its participants, such a treaty would be a move to combat energy obesity.

2.) Repeal the Federal Flood Insurance Program.
Much of the concern over global warming’s potential for harm in the US relates to sea level rise and the flooding that will result. However, much of the investment in potentially vulnerable areas is a result of the Federal flood Insurance Program. This program encourages building in vulnerable areas by acting as a moral hazard: people take greater risks because the government has said it will help bear that risk. Reform would reduce the moral hazard connected with building on vulnerable land, transferring the risk from the taxpayer to the private sector, which is likely to take a more realistic view of the issue.

3.) Reform Air Traffic Control Systems.
Greater demand for air travel means more flights, which means greater fuel use and increased emissions. Yet, the current government-operated system of air traffic control, based on a 1920s-era system of beacons, may hinder innovations that could reduce fuel use and emissions. As a general rule, the shorter the flight, the less fuel will be consumed. Yet neither airlines nor pilots have the freedom to choose the most direct and economical route. Giving pilots freedom to map their own course is an attractive and desirable change in the eyes of the industry, and the impact on the environment would be tremendous. As well as saving considerable amounts of greenhouse gas emissions, the policy will deliver significant benefits in terms of time and expense to the US economy. By obviating significant reductions in service levels associated with more routine applications of emissions reduction policy, it is to be preferred to that approach.

4.) Facilitate Electricity Competition.
By rejecting the model of central regulation and allowing suppliers to meet their customers’ needs more exactly while relying on distributed generation, energy waste and the associated emissions will reduce considerably. This reduction in waste will prove economically beneficial even if emissions themselves do not cause problems.

5.) Reduce Regulatory Barriers to New Nuclear Build.
There is no other technology than nuclear that is proven to be capable of providing emissions-free energy at the scale required to make significant reductions in carbon emissions. The problem is that thanks to anti-nuclear activism by environmentalists in the 1970s, it takes a very long time to build a nuclear plant. This pushes development and construction costs up to the level where it is not economically competitive with higher-emitting forms of electricity generation like coal and natural gas. According to the nuclear energy institute, it takes 10 years from concept to operation to build a nuclear plant, and only four of those are construction, the rest is permit application development (2 years) and decision-making by the Nuclear Regulatory Commission (4 years).
...previous article for BISIS Oct-March
...previous article for BISIS June-OCT 2009